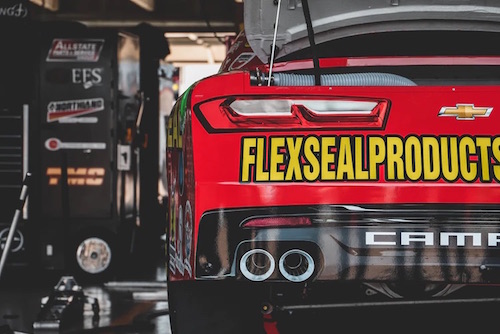 Controversy and cheating are synonymous with sports, and there are some famous cheating storylines in the history of NASCAR. Cheating in motorsports can be defined as the art of getting away with things, such as an oversized carburetor. For years, crew chiefs and mechanics have been doing their best to work around NASCAR’s rules. Here, we are not talking about modifications such as underglow lights for those who are thrilled by the beauty of bright underglow, or a fancy paint job. Rather, it’s the illegal modifications to make racing cars more powerful or drive faster. Let’s look at some of the famous illegal modifications in NASCAR.

This is regarded as the first cheating scandal in NASCAR’s history. In 1949, it was a ‘strictly stock’ race, and backyard-built cars were not allowed. Glenn Dunaway, who drove a Ford, finished three laps ahead of Jim Roper, who came in second. However, when the dust had settled, Jim Roper was announced the winner, while Glenn ended up last. This is because it was established that the Ford that Glenn drove had modified rear springs. A

Famous for his statement that he was not ‘exactly cheating,’ but rather ‘just being creative,’ Junior Jonson had frequent run-ins with NASCAR’s inspectors. He is one of the early NASCAR racers who believed in creativity. At one time, he cut down his racing car, the yellow banana, so that he could improve its aerodynamics.

During the Miller High Life 500 at Charlotte Motor Speedway, Richard Petty was using a bigger engine than the recommended size and also used left-side tires on the right side. He won the race, and although there were numerous complaints from other competitors, his victory was allowed to stand.

There was nothing funny about the Michael Waltrip cheating incident in 2007 when he tainted Toyota’s heralded debut by putting an illegal fuel additive into the tank. Although it was incorrectly described as ‘rocket fuel’ by the media, it wasn’t rocket fuel. The description by the media at that time created an impression that all you needed to turn a pushrod V-8 into a rocket was to add rocket fuel. The additive was an oxygenator, and Michael Waltrip was disqualified.

Michael Waltrip was again involved in another cheating scandal during the final race of the NASCAR Sprint Cup Series regular season in 2013. He was accused of attempting to manipulate the race outcome by getting Martin Truex Jr. into the Chase group when Clint Bowyer went Around all alone.