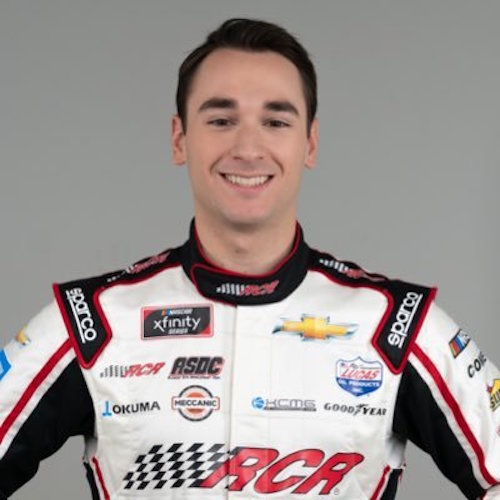 Anthony Alfredo will be a NASCAR Cup Series rookie in 2021 as driver of the No. 38 Front Row Motorsports Ford. He’ll replace John Hunter Nemechek, who’ll return to the NASCAR Camping World Truck Series after a single full-time season in the Cup Series.

“This is really an unbelievable moment,” Alfredo said. “When you start out racing karts as a kid, you dream of making it to the sport’s top level. I want to thank Bob Jenkins (FRM owner) and everyone at Front Row Motorsports for making this dream a reality. I know the challenges ahead, but I’m here to work hard and prove myself.”

Seth Barbour will be Alfredo’s crew chief, and Alfredo will have a teammate in Michael McDowell, who remains driver of the No. 34 Ford.

The 2021 Cup Series season also will be Alfredo’s first full-time season in any of NASCAR’s national division. He drove a Richard Childress Racing entry in 19 NASCAR Xfinity Series races in 2020, resulting in two top-fives and nine top-10 finishes, including a career-best finish of third at Texas Motor Speedway near Fort Worth. In 13 NASCAR Truck Series races for DGR-Crosley the previous season, he finished in the top-10 twice, including a best finish of eighth at Charlotte (N.C.) Motor Speedway.

“We met Anthony and spent time with him when last season ended,” Front Row Motor Sports owner Bob Jenkins said. “We wanted another young driver and someone that fit well into our team. We feel that Anthony is a great match, and we look forward to this season together.”