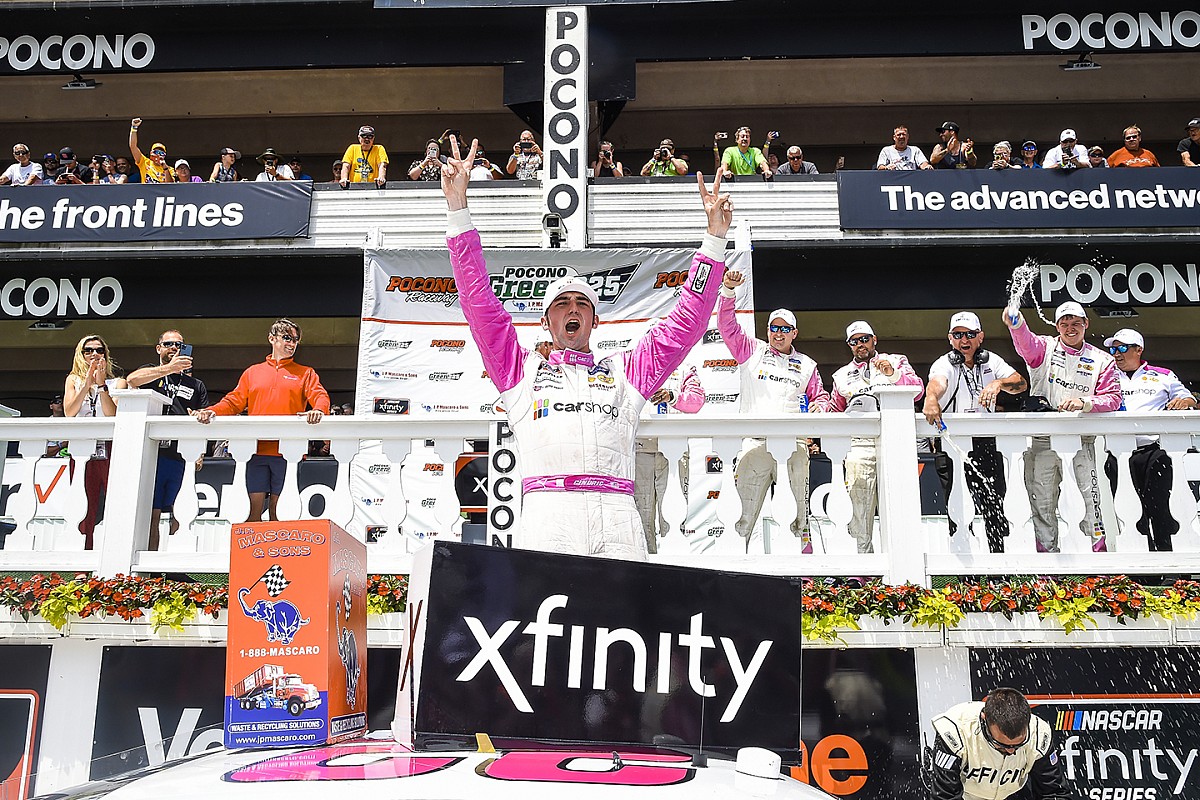 Ty Gibbs was closing on Austin Cindric as the laps wound down in the Pocono Green 225 at Pocono Raceway in Long Pond, Pa., on Sunday, but the reigning NASCAR Xfinity Series champion was able to stay up front for his fourth win of the 2021 season. Cindric also led a race-high 26 laps of the 90-lap race.

“You have to be good at everything, and that is what this team has proven throughout the year,”Cindric said. “I am just the one that gets to drive these Ford Mustangs. I am excited about it. I had to execute in every facet, and we had everything thrown at us today. I am super proud of this Car Shop Ford Mustang team. Everybody who partners up with us. To finally get one here. Ever since I have been racing ARCA, it feels like this one always gets away, so I am really excited.”

“We gave him a chance, didn’t we? We had to make it exciting, I guess,” Cindric said. “I didn’t want it, but I guess everybody else did. We will take it and we will take the trophy, for sure.”

Cindric took the lead from Gibbs on lap 46 and led most of the remaining laps, except for laps during a lengthy cycle of final pit stops under green. Cindric gave up the lead to pit on lap 57. He regained the position when the cycle completed on lap 75.

Daniel Hemric led most of the laps during the cycle, finally making his stop on lap 71. He was caught speeding on pit road but still managed a sixth place finish.

Pole sitter Harrison Burton won the first 20-lap stage of the race after leading the entire opening stage. Burton, though, ended his day early with a wreck on lap 35.

The caution for Burton’s wreck was one of six cautions of the race, the last of those yellow flags coming just past the halfway point of the race on lap 46.

Gibbs won stage two on lap 40 after staying out during the Burton caution to inherit the lead from Hemric.

Allgaier led early in the second stage after staying out during the caution that followed the opening stage. Allgaier didn’t make his initial pit stop until the Burton caution, three laps after losing the lead to Hemric.

Other top-10 finishers include Brandon Jones in seventh, Jeb Burton eighth, Josh Berry in ninth and Myatt Snider in 10th.