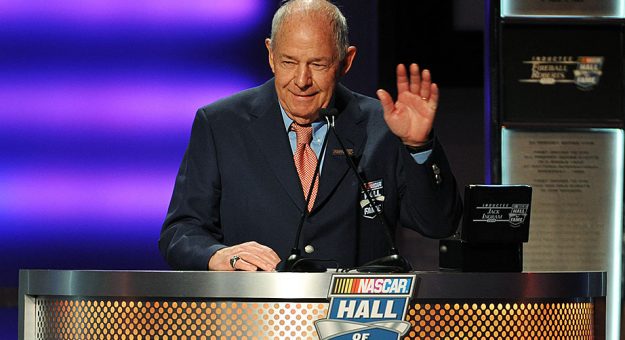 NASCAR Hall of Famer Jack Ingram passed away at the age of 84.

Ingram is credited with more than 300 wons throughout his driving career, making, perhaps, his biggest mark in the series now known as the NASCAR Xfinity Series.

Ingram won consecutive championships between 1972 and 1974 in the NASCAR Sportsman Division, the precursor to the NASCAR Busch Series that eventually became the Xfinity Series. He was the first Busch Series champion in 1982 and added another series title in 1985. He finished second to Sam Ard in the two years between those two championships.

“There is no better way to describe Jack Ingram than ‘Iron Man.’ Jack was a fixture at short tracks across the Southeast most days of the week, racing anywhere and everywhere,” NASCAR Chairman and CEO Jim France said. “He dominated the Late Model Sportsman division like few others. He set the bar for excellence in the Xfinity Series as its Most Popular Driver in 1982 and champion in 1985. Jack was an ‘old school racer’ and his work on his own car helped propel him to victory lane hundreds of times. Of our current 58 NASCAR Hall of Fame members, he is one of only six that was elected based on his career and contributions in the grassroots level of our sport. On behalf of the France family and NASCAR, I offer my condolences to the friends and family of NASCAR Hall of Famer Jack Ingram.”

Ingram also contested 19 NASCAR premier series races between 1965 and 1984, resulting in a best finish of second in Hickory, N.C., in 1967. He notched four top-10 race finishes in the NASCAR Cup Series.